Here in the Mid-Atlantic region of the US, we've spent most of the past week shoveling snow, which isn't much to complain about considering the combination of dangerously cold temperatures and lengthy power outages affecting other areas.

It wasn't all drudgery, though, as we took time to celebrate the beginning of the Year of the Ox, quietly and at home.

In the early part of this century, we mailed a series of Lunar New Year cards, which served as seasonal greetings to friends, and illustration samples for art directors. This one, from five years ago, featured a character with a pipe, which gives me an excuse to share it again.

Let's take a look back at our latest comics from this Year of the Ox. 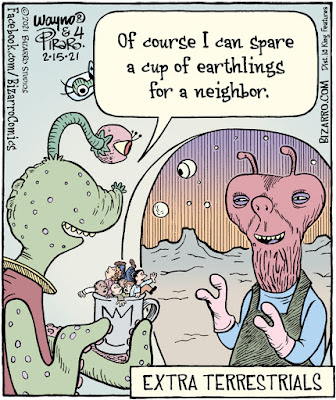 Oh, the humanity. It's so tasty! 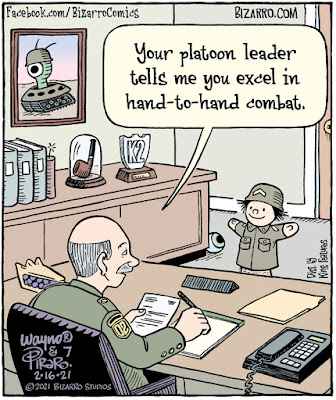 The soldier here is heavily (and hairily) armed, and fifty percent out of uniform. 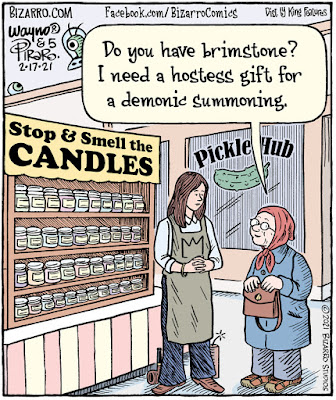 Wednesday's gag triggered a pang of nostalgia for shopping malls, which never appealed to me in the past. COVID isolation must be getting to me.

The strip layout necessitated some creative rearrangement of Secret Symbols, but it allowed me to show the side panel of the kiosk. 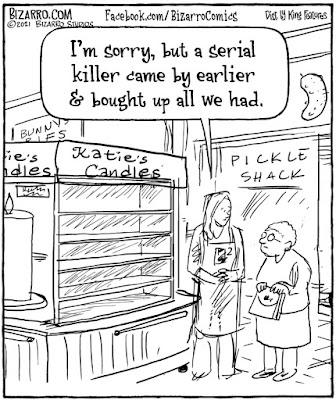 My initial sketch attempted to comment on the cinematic cliche of a serial killer's lair filled with dozens of lit candles, but I think the rewrite resulted in a better gag. 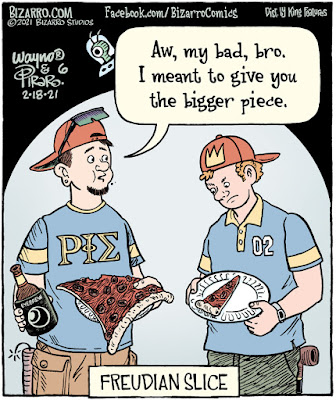 They're nowhere near the totals for cowboys, cats, dogs, or clowns, but we're building a decent library of bro-based gags here at BSN.

This strip conversion also required some symbol-shuffling. I usually try to place the same set of symbols in both the panel and strip formats, rather than making myself (and my editors) count and keep track of different totals on a single day. I must admit, I was happy with the image of the dynamite perched on the bill of the character's cap. 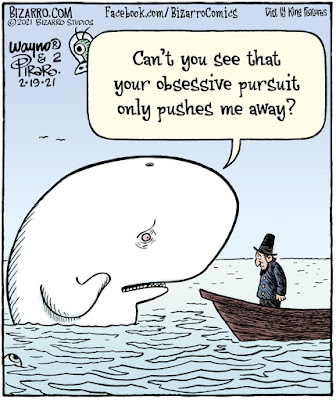 Some scholars read Moby-Dick as an allegory for humanity's quest for meaning, but it might also be about our search for companionship. 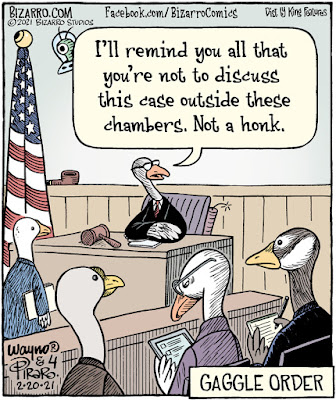 The jury will now exit in an orderly "V" formation.

That's all for this frigid week, friends. Don't forget to visit Dan Piraro's blog, to check out his latest Sunday Bizarro page, which is always magnificent.

I hope you're all safe and warm. See you next Saturday.

Since we ended the week with an avian gag, here's an appropriate tune from our vinyl archives.

Rico Henderson and the Citettes
Strictly for the Birds
Citation Records, 1958

NOTE: Certain YouTube videos are unavailable outside the United States.
On some phones you must select "View Web Version" to see preview/link.

Szathmary was a composer and arranger whose most successful gig was writing the theme and scoring every episode of the Get Smart TV series. Sazthmary's youngest brother, William, achieved show-biz fame under the name Bill Dana, who was best-known for his faux-Bolivian character José Jimenez.

I can find no information on bandleader Rico Henderson. Maybe it was a pseudonym for Szathmary, who ran the Citation label. 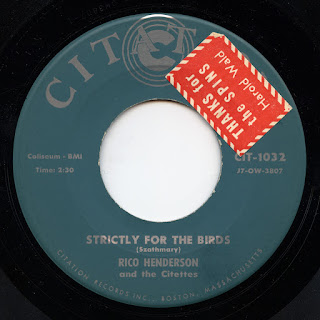 My copy has a sticker on the label reading, "Thanks for the Spins - Harold Wald." My guess is that Wald was a salesman or distributor who delivered records to disk jockeys. Whatever its origin, the sticker is a delightfully enigmatic artifact.

I used to dislike shopping malls also but, like you, am now starting to feel nostalgic about them. What is happening to us?????