Last week, I found my name on the Wikipedia page for underground cartoonist Willy Murphy (1936-1976).

Murphy certainly influenced much of my early-1990s work, and still I enjoy and admire his comix. Also, it was nice to be mentioned alongside Paul Mavrides and Gilbert Shelton.

Willy Murphy combined a wacky drawing style with hilarious and smart writing. He was a sharp observer and critic (as well as a member) of the 70's counterculture. His best material was collected in the two issues of Flamed-Out Funnies. They're available online at reasonable prices, and are well worth reading.

I'm not sure that Murphy's influence is evident in this week's Bizarro gags, but here they are anyway. 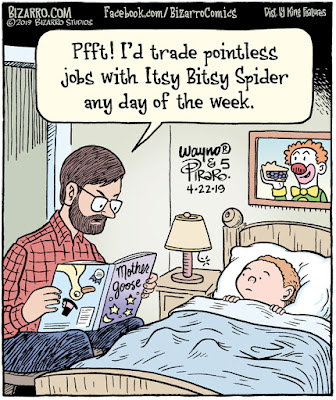 Are nursery rhymes designed to brainwash children to be happy conformists? This disgruntled dad thinks so. Maybe he's right, but maybe he just shouldn't read to his kid on Mondays. 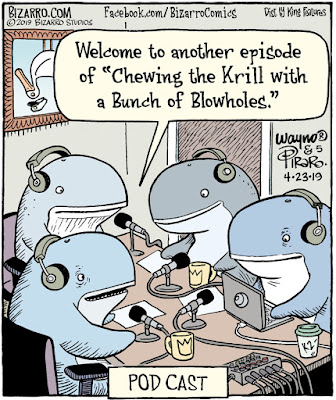 Fun fact #1: We never pass up a chance to use a word like "blowholes."

Fun fact #2: If this were a group of crows, it would be called a murdercast. 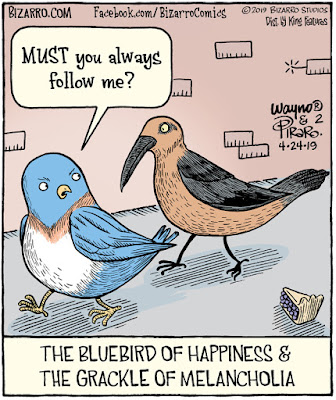 The Bluebird of Happiness may be more popular, but the Grackle of Melancholia is the more common feathered emoji. 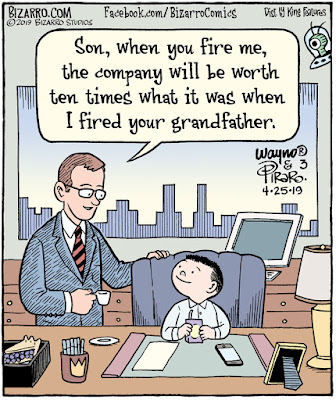 By lucky coincidence, I wrote this gag for the week that includes Take Your Child To Work Day, a subject I've poked fun at in the past.

Like many fellow cartoonists, my feline offspring accompany me to work every day. 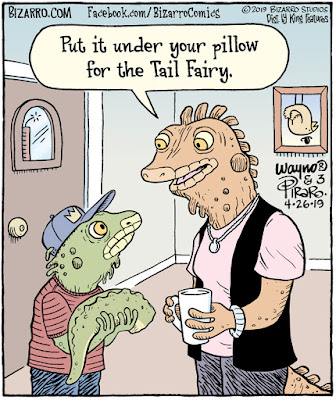 Eventually, he'll realize that the Tail Fairy is just a fairy tale. 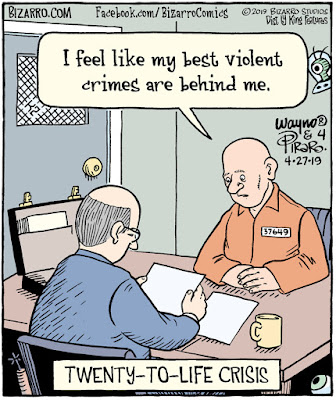 The poor guy's still got so much more to take.

Don't forget to read Dan Piraro's blog for his take on this week's gags and to admire his latest Bizarro Sunday page.

"Boris the Spider," written by the Who's bass player, John Entwistle.

Pete Townshend noted that this was Jimi Hendrix's favorite Who song. 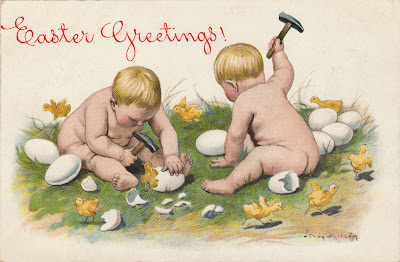 Before you go off to hide hard-boiled eggs in the yard, why not take a look back at the week in Bizarro cartoons? 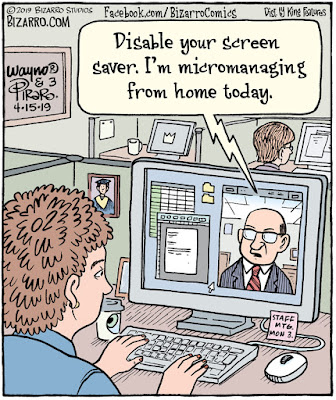 Monday's gag depicts dual meanings of the word "monitor." This happened shortly after the company announced the introduction of "enhanced supervision techniques." 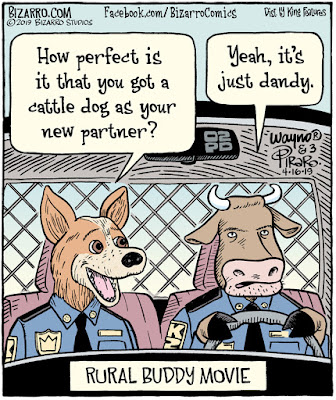 Readers are welcome to imagine which actors would do the voices for this nonexistent animated feature. 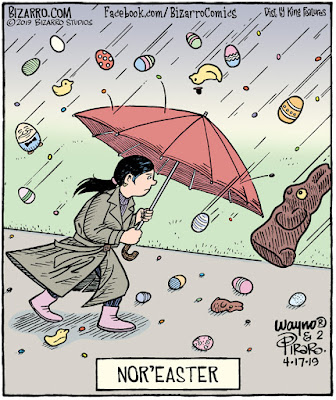 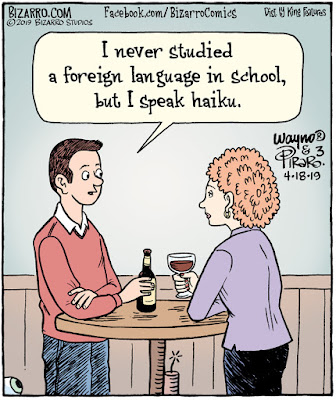 The norm for haiku in English is a sequence of three non-rhyming lines consisting of five, seven, and five syllables, although that requirement has been relaxed in recent times. I felt that the familiar 5-7-5 form was necessary for this gag to work, and, I prefer haiku conforming to those constraints.

Speaking of poetry, if you enjoy well-done limericks, check out Five Lines, No Waiting, by piano virtuoso Tom McDermott. His new CD of Scott Joplin compositions is also recommended. Both items are available from Louisiana Music Factory. 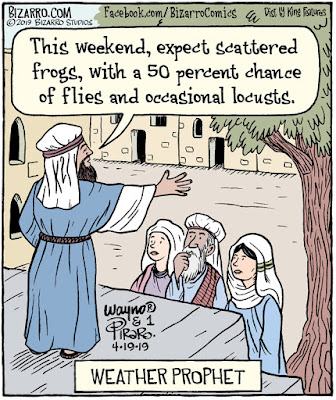 For Good Friday, we offered a Biblical forecast. 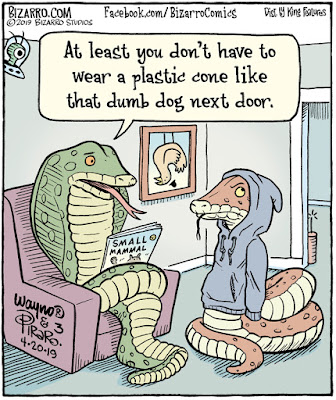 The verses of "Moonlight in Vermont" follow the 5-7-5 haiku format. The song was written by John Blackburn and Karl Suessdorf, and was published in 1944. It was first recorded by Margaret Whiting. This Billie Holiday version is from 1957.

It's the last weekend before Tax Day here in the US. That's the deadline for twenty-six percent of our country's eligible voters to see yet another example of the damage caused by their horrible choice, although they'll probably fail (or refuse) to recognize it. 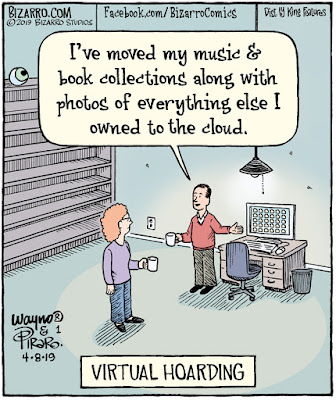 This scene might represent a form of progress, or it could be a case of substituting one obsessive behavior for another. At least digital music and books are less physically exhausting to rearrange. 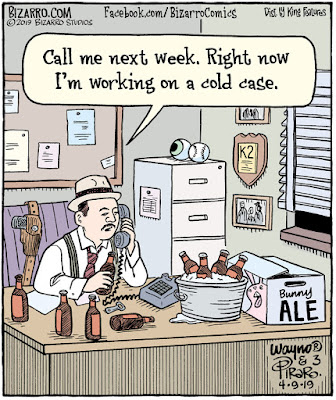 This investigator knows it's better to wait until a case is cold before opening it. Especially when it's a hoppy brew. 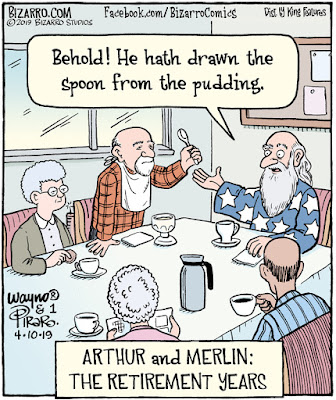 Artie had been refusing dessert until they found him a proper pudding grail. 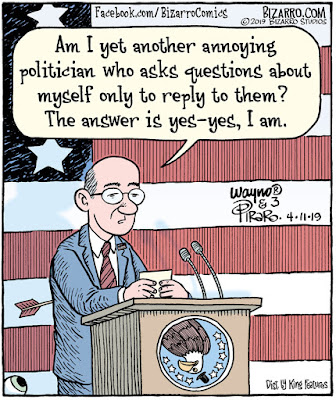 Did we have several conversations with our editors to discuss the punctuation in that second sentence? Yes, we did. 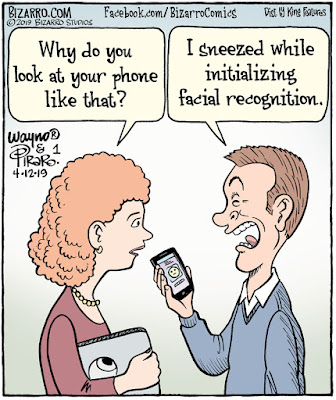 I've never sneezed while unlocking my phone, but I occasionally distort my face and see if it recognizes me. I've only fooled it once. 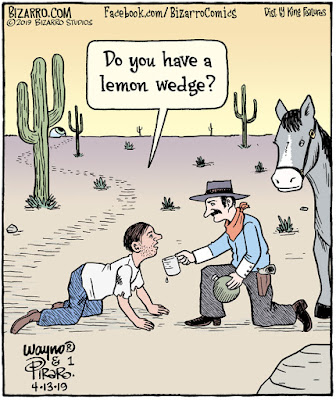 Extreme dehydration has been known to result in rude behavior. At least he didn't ask for sparkling water.

If you enjoy this commentary, I recommend reading Dan Piraro's Bizarro Blog, where he also discusses the week's comics, and shows off his cartooning prowess with his latest Sunday panel.

A video from 1966 that's blurry, slightly out of sync, and sublime.

Early this week, I received my contributor's copy of The Book of Weirdo, a massive, thoroughly-researched history of the legendary 1980s comix anthology founded by Robert Crumb. Early in my cartooning career, I managed to get a page published in Weirdo, and I'm jazzed to be included in this beautiful book.
This week also marks a Bizarro milestone for your humble cartoonist, which we'll get to shortly, but first, let's look at our latest offerings. 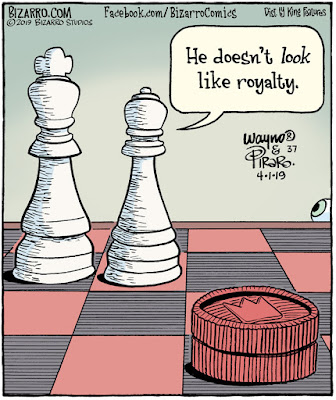 Monday's gag comments on a topic we're calling "ivory insularity." It also includes an intentionally-wrong April Fools' Day secret symbol count. Of course, there are actually eighty-seven symbols in this one.

We generally prefer drawing inanimate objects in a realistic manner, without human faces, clothing, or limbs, unless these additions are necessary to clearly deliver the gag.

Adapting the art to the strip layout wasn't difficult, but it made for a more dramatic presentation. 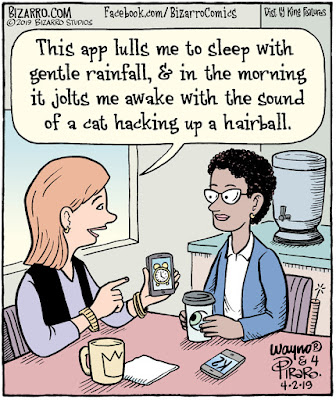 I wasn't surprised to learn that an app like this exists. I can attest that the alarm function would be effective. 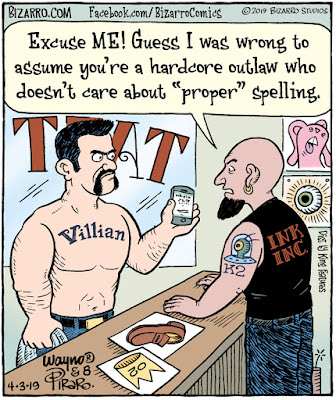 Surprisingly (or maybe not), Wednesday's cartoon is based on an actual tattoo.

Although I've only been writing and drawing the daily Bizarro comics since January 1, 2018, my collaborations with Dan Piraro go back ten years. Wednesday marked the tenth anniversary of the very first time my name appeared in Bizarro. Above is the gag that led us to today. I'm forever grateful to Dan for leaving the side door unlocked so an intruder like me could sneak in.

We now return to the current series, already in progress. 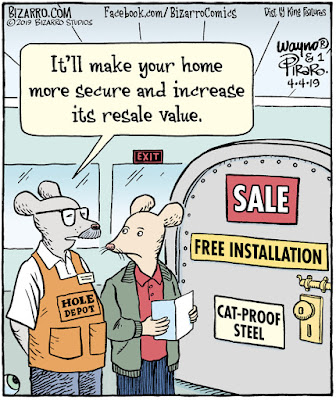 There's probably be an evolutionary reason for mice preferring rounded doorways, but I've yet to encounter a satisfactory explanation.

My favorite part of this drawing is the "Hole Depot" apron. 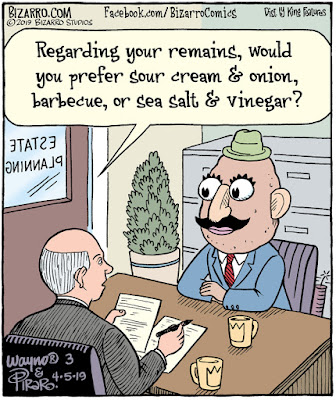 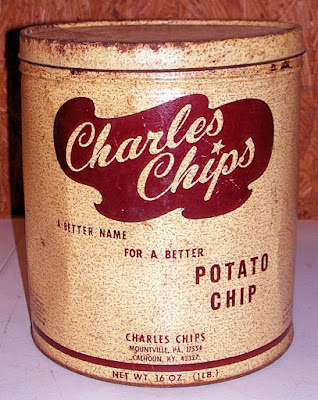 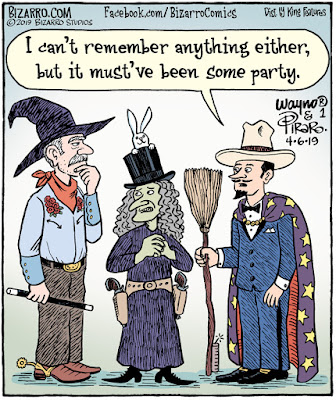 The naughtiness of this cartoon is directly proportional to the lasciviousness of the reader's imagination. 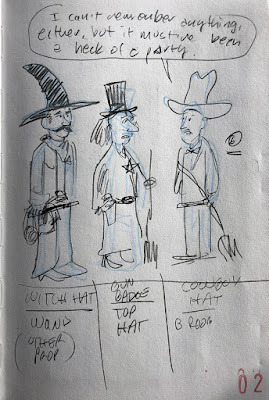 Working out the gag in my sketchbook required an bit of diagramming.

Dan Piraro's comments on these cartoons, along with his latest Sunday gag, can be viewed on his own blog.

In related news, King Features Syndicate is in the process of updating the Comics Kingdom site, where you can read Bizarro every day for free.

By the way, if you're looking for the perfect gift to commemorate my tenth Bizarroversary, I'd love to get a copy of Slim Gaillard's Vout-O-Reenee Dictionary.