My friends at Kelly's Bar & Lounge here in Pittsburgh have again commissioned me to create the advertising for Hell With the Lid Off, their annual barleywine festival. A signed & numbered limited-edition 11" x 17" full-color offset poster is now available at my online store, and I will also be offering them during the festival. Last year's poster recently sold out.


Kelly's will also have a two-color tee shirt available during the festival. Here's a preview of the tee: 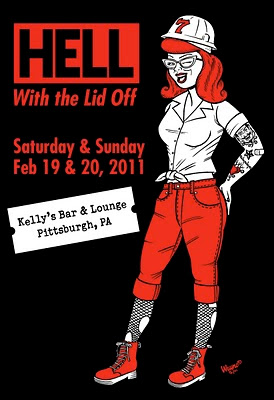 Hell With the Lid Off is a great event, which features Kelly's famously great bar food, multiple flights of craft-brewed barleywine, and a sellout crowd. Highly recommended.
No comments:

For my first post of the new decade, here's today's Bizarro comic. It's the latest in an ongoing series written by yours truly and drawn by my good chum, the award-winning Dan Piraro. 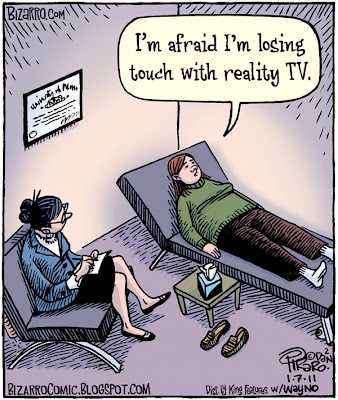 It's a simple little turn of phrase commenting on the unreality of so-called reality television, and people's obsession with it.

Here's the original submission, scanned from my sketchbook: 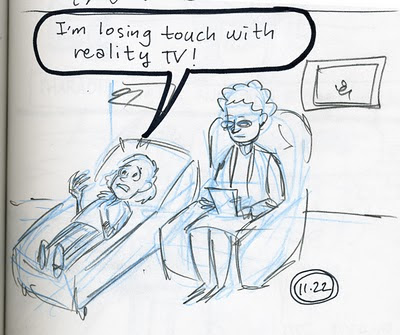 My version showed a fretting youngster speaking to a child psychologist. Mister P changed her to an adult and chose a "crane shot" view.

I mentioned in an earlier post how much I admire the way Dan's characters often have  wonderfully deadpan facial expressions, and today's comic is another fine example.

We've discussed mounting an exhibit of our collaborative cartoons, and it looks like it will happen in late Spring 2012.