This week we watched the peaceful inauguration of our country's new President and Vice President, and saw that it is indeed possible for elected officials to act like adults.

The new administration will certainly not be perfect, but things already look promising in many ways.

The highlight of the day for us at BSN was the young inaugural poet Amanda Gorman. Her writing is brilliant, and she was poised, powerful, and on point. She served as a refreshing contrast to the grunting criminal imbeciles who desecrated the Capitol just two weeks prior. Perhaps we have reason to be hopeful for the future after all.

Transitioning from the sublime to the ridiculous, we're tickled to share another pipe-related image. 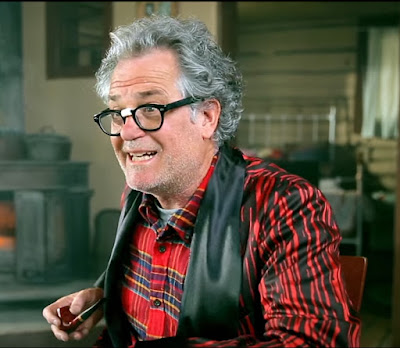 This is a screen grab from the 2015 horror-comedy Moose! The Movie, a low-budget indie film written by Tundra cartoonist Chad Carpenter. The dapper gent pictured above is Tom Gammill, creator of the comic strip The Doozies. Tom also has a side gig as a producer for The Simpsons, and he's one of the funniest people on the planet.
Our gig here is to do our best to send little packets of humor out into the world, and hope they bring our readers some levity. Here's our latest batch of comics. 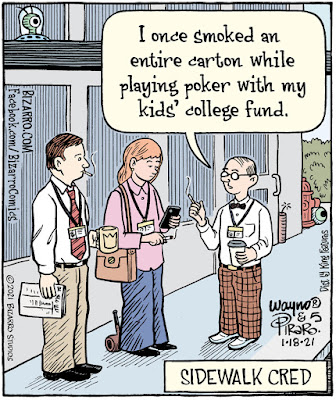 My first sketch of this gag was captioned "Vice Signaling," but the final caption was more effective and satisfying.
As I write this post, I notice that the character in the bow tie reminds me of the work of Willy Murphy (1936-1976). Murphy, though not as well-known as some of his contemporaries, is one of my favorite underground cartoonists. His writing was sharp and smart, and he directed much of his satiric commentary at the counterculture. His character, Henry Henpeck, suffered some form of humiliation in every story, but in the last panel was always shown describing an imagined triumph to reluctant listeners. This representative page is from the second issue of Murphy's posthumous comic book, Flamed-Out Funnies. 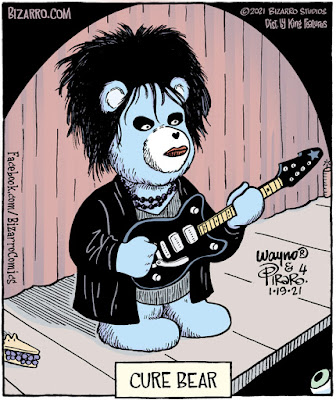 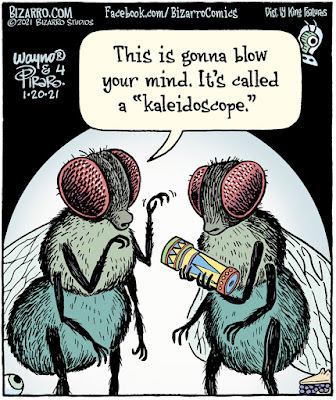 If you have compound eyes, and you look through a kaleidoscope the wrong way, do you see a single image? 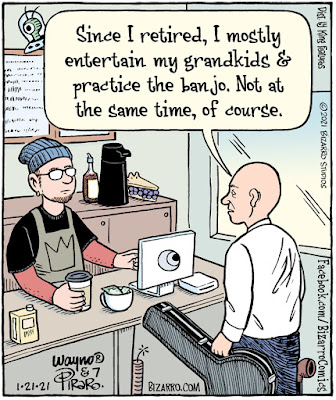 I took some good-natured heat from a few banjo aficionados I know, though they clearly recognized this as a joke and not a manifesto. I also pointed out that the character said "practice" rather than "play," and that as someone who plays ukulele, I'm fair game for similar jokes. 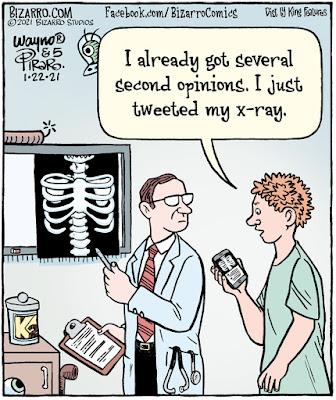 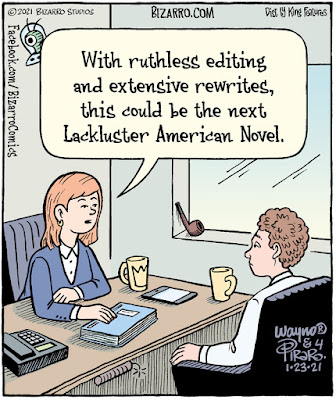 Let's hear it for lowered expectations. What really hurts is that this is his agent, not his publisher.
That's the weekly wrap-up from Your Obedient Cartoonist. Don't forget to check out Dan Piraro's blog to see what he's cooked up for his always-sumptuous Sunday Bizarro page, and his always fascinating commentary on the week's comics and current events.
Bonus Track
Tell Me Why You Like Roosevelt (Weren't No Kin)
Otis Jackson
Recorded in 1949
Since a new president took office this week, here's a musical tribute to a previous American leader. The sound is so full and complete, it's easy to miss that it's purely vocal, with no instrumental accompaniment.
I first heard this tune on a wonderful LP called "Get Right With God," which was issued in Europe in the early 1980s. 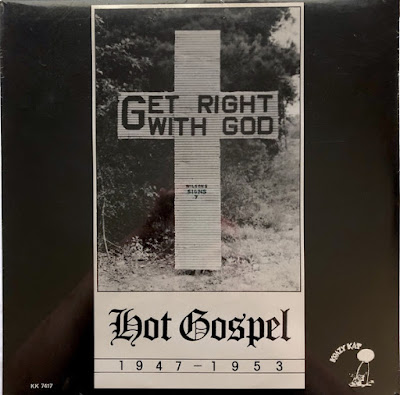 Listeners with more than a passing interest in rock and roll understand that the music has deep roots in Black church music. You don't have to be a religious believer to dig the performances collected on this album. All you need is ears.
NOTE: Some YouTube videos are unavailable outside the US. On some phones you must select "View Web Version" to see the video content.

Does the patient in 1-22-21 suggest Zuckerberg?