Although autumn officially begins on September 22, most people I know think of Labor Day weekend as the last gasp of summer. This year, who knows? Every day, week, and month since early March has to some extent passed as an indistinguishable blur.

I'm not complaining. I realize how fortunate I am to have a gig where I'd be working from home anyway, and that nothing about my job as your cartoonist requires me to be in physical proximity to anyone outside of my household. The Labor Day holiday has, this year, added significance as we think about and try to honor honest working people. If you have groceries delivered, pick up a takeout dinner, or unpack a box of supplies that were brought to you by the postal service or another service, I encourage pausing to acknowledge the people who make these conveniences possible. I know I will.

We're lucky to have a non-contact delivery system for our cartoons. Here's my weekly care package for all of you valued readers. 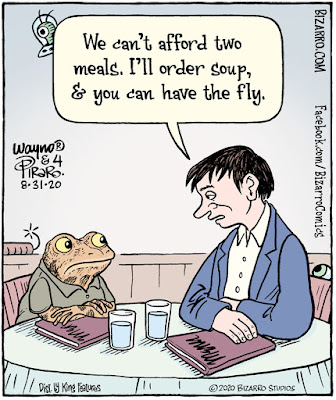 We began with our latest variation on a cartoon warhorse: a fly in a bowl of soup.

By the way, do you remember eating in a restaurant?  Me neither. 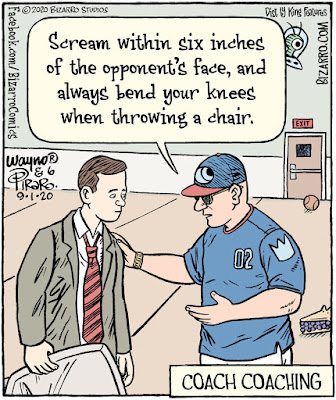 A few friends and readers asked whether I based this comic on someone named Bobby Knight. I was barely aware of the name, and figured this was simply a normal part of American sports entertainment. 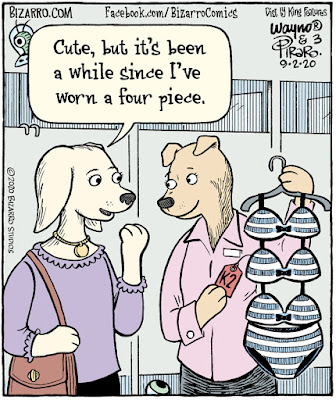 This type of swimwear is sometimes referred to as a tetrakini. 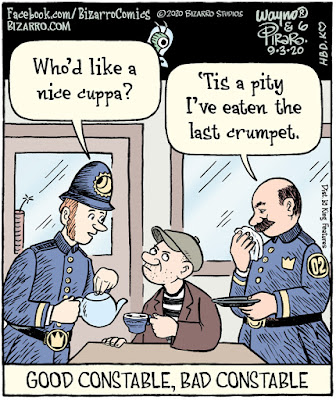 A scene from the PBS series, Law & Order: Camden Town. 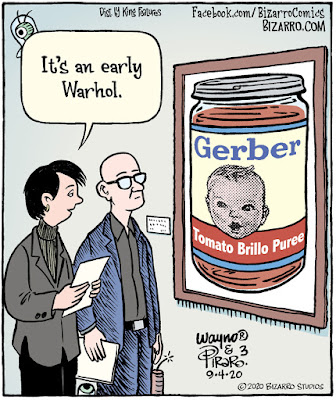 This work in crayon and newsprint was recently discovered in the attic of a house in Pittsburgh's east end. As I've mentioned in the past, I enjoy doing photo research for the comic, although I apparently missed the boat by not drawing Bobby Knight on Tuesday. 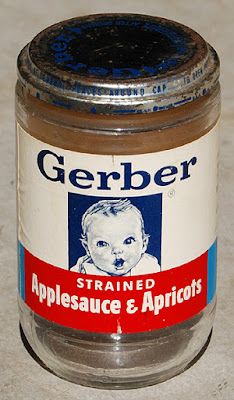 Thanks to Google, I was able to find a decent image of an ancient baby food jar to use as a model for my drawing. 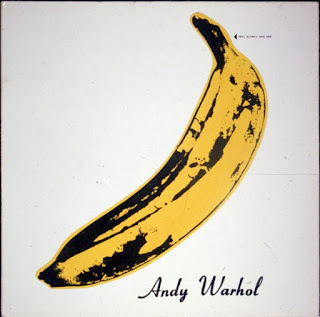 Maybe I should have made it a jar of banana purée. 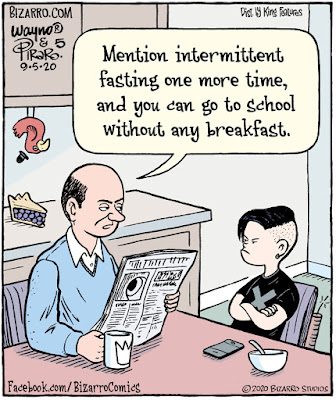 I'm not judging anyone's individual dietary choices, simply using a currently popular method as a springboard for a joke about parent-child communication, or lack thereof.

That's the output from Bizarro Studios North this week. We hope you chuckled once or twice, and that you'll come back next Saturday for more of these funny pictures with words.

Be sure to visit Dan Piraro's blog for his thoughts on these gags (and other, weightier topics), and to view his latest Sunday Bizarro.

Dan "Diego" Piraro's amazing graphic novel, Peyote Cowboy, is being serialized online.
The first four episodes are up, and he'll add a new one every week. While you're there, you can sign up for a free email newsletter, and, if you choose, you can support Peyote Cowboy via Patreon. It's already a wild ride, and the story is just beginning.

As always, FABULOUS and FUNNY!!
Thank you!

I once proudly owned an original-issue LP copy of "Andy Warhol Presents The Velvet Underground and Nico" with the four-sided jacket and actual peelable vinyl banana! But somehow it got lost in transit and I replaced it with a slightly later LP issue, in a single sleeve and non-peel picture of a banana. This got left behind with my mother at the family home, until some twenty years later my niece, who was enjoying scandalizing her elders by playing "Heroin" dropped it off while on a college tour visit, "Uncle Mitch, I think this is yours." This was well into the CD era but not yet the digital file era, but somehow she had a turntable record player.

You triggered a memory from my high school days. I was Catholic school educated by nuns who occasionally used rulers and yardsticks (not for measuring). One weekend, I was in the school working on the Yearbook (as art editor). I started drawing these cartoons of nuns having various "accidents": getting hit on the head by hammers, punched in the mouth with boxing gloves, you know, things that make their eyes bug out. Very "Three Stooges" in tone. All in good fun--until a "friend" took one of my pages and pinned it up on the class bulletin board.
Sister Frederika was not amused when she found it the next day. I kind of felt bad that I hurt her feelings. (Probably why I became an English teacher instead of a cartoonist.) Later, I decided it was maybe God's fault for making me left handed.