Today's Bizarro cartoon includes character types who are favorites around these parts. 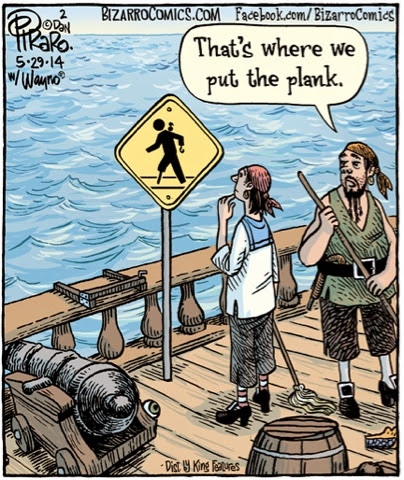 We have no real submission sketch to show this time around. The gag originated with the simple idea of a "pirate crossing" sign, followed by conversations where we tried to find a context for it. At this point, it's little more than a prop, not enough for a satisfying gag. 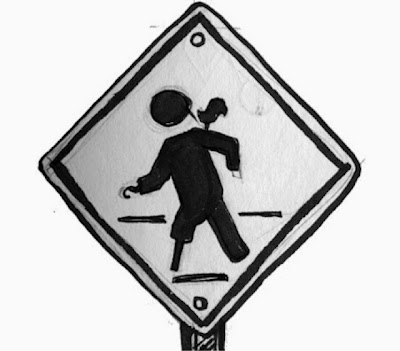 We wondered if it would be funny if the sugn was just sticking out of the ocean as a small sailboat goes by, perhaps with a word balloon coming from the sailboat saying, "Something tells me we're in dangerous waters."

We also tried to figure a way to show a pirate ship docked somewhere, and show the sign being observed by some puzzled landlubbers, or perhaps use the symbol on a rest room sign.

Finally, we hit on the idea that became the published cartoon.

As with all of our joint efforts, this was the result of a collaborative process.

Please feel free to unearth our earlier two-man gags by coming below deck to the Bizarro Brig.

Today's Bizarro reminds that there's something for everyone out there on the Web, if you know where to look. 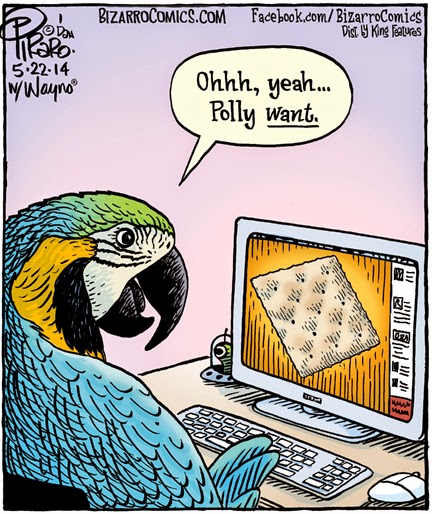 The submission sketch is oriented opposite to Dan Piraro's final art, and uses a thought balloon for the text, but is otherwise very similar. Flipping the image places the payoff (the cracker) farther to the right side of the panel, which is something we try to do in order to add a little delay before the gag is revealed. 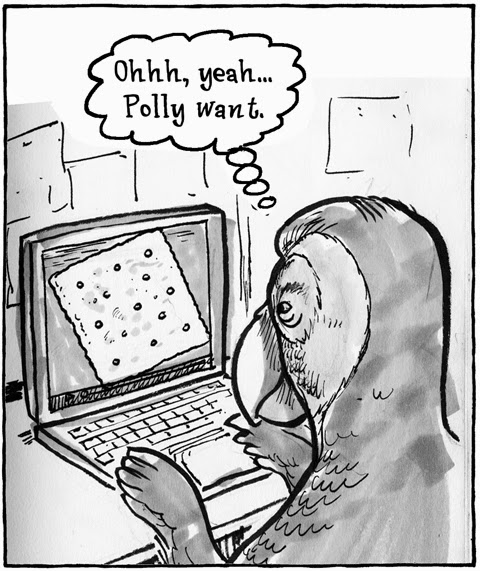 If you haven't read our earlier collaborations, or if you'd like to revisit, please wander over to this blog's Bizarro Storage Bin to see them all.
1 comment: 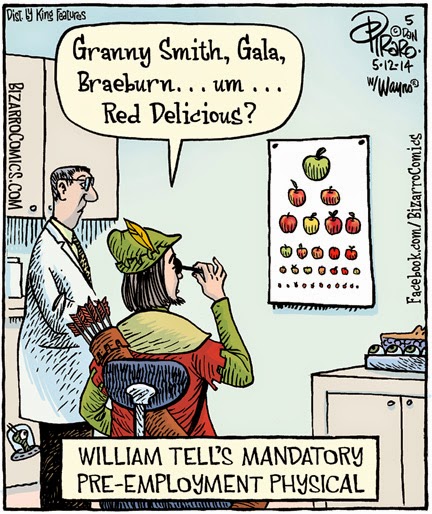 The staging of Dan Piraro's finished art is very close to my submission sketch, with some improvement to the wardrobe. I wasn't sure what to do with Tell's right hand, but Dan solved that quite neatly. 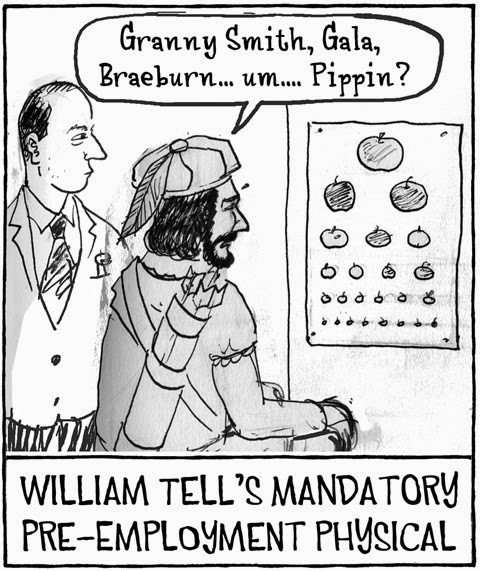 I still think "Pippin" sounds funnier than "Red Delicious," but I wouldn't get into a duel over it.

Although I try never to listen to friends' suggestions for gags, and make it a practice to discourage anyone from offering them, I broke my own rule here. My friend Mike, an attorney with a weird sense of humor, emailed me with an idea involving an elderly William Tell reading an eye chart with apples in place of letters. The eye doctor would say something like "Sorry, but if you can't read at least the third line, I'll have to take your bow."

I really loved the idea of the apple eye chart, and decided to stew on it for a while, and finally came up with the familiar, stressful situation of passing a physical in order to get a job. Generally, we try to edit the wording for brevity, but the term "mandatory pre-employment physical" is such a ridiculous, clumsy piece of HR-speak, that we used it as our caption.

Oh, and please don't send any ideas for gags. I'm trying to get better at writing my own!

Thank you, dear readers.
No comments: 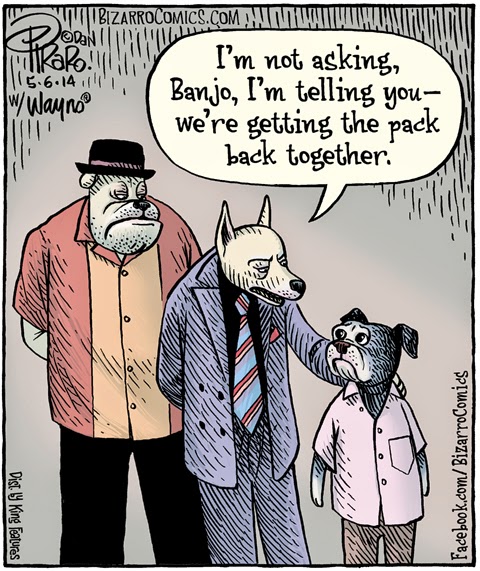 The gag is pretty straightforward. Substituting the word "pack" for the expected "gang" creates a question, which is resolved when the reader realizes that, of course, a gang of dogs would indeed be called a pack.

Bizarro's creator, Dan Piraro, transposed the positions of the cast, which makes for a nice descending eye-trail from upper left to lower right, but otherwise followed the submission sketch pretty closely. 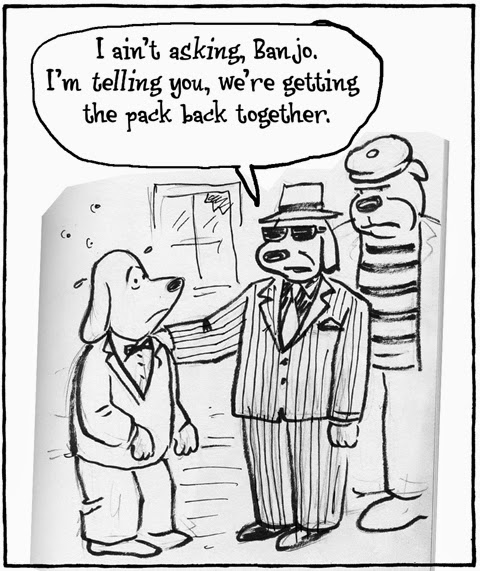 There was no deep strategy behind choosing the name Banjo, other than its satisfying sound, and the feeling that the head honcho would naturally address the reluctant participant by his first name, in order to lend his words a threatening air.

We'll be back with another collaborative funny early next week. In the meantime, please browse the Bizarro Comics Root Cellar to view all of our earlier joint efforts.
No comments: