Autumn arrived this week, and 2020 continued to deliver horrible news. We lost Supreme Court Justice Ruth Bader Ginsburg, an inspiring and exemplary human being, and Ron Cobb, a great editorial cartoonist who went on to other careers as a film designer and director before retiring to Australia. We don't need any more reminders of the fragility of human life, not to mention democracy.

There's work to do, and important responsibilities to meet (please remember to vote, my friends!), but don't forget to allow yourself time for small pleasures. This week, I encountered a delightful notice posted near our home. 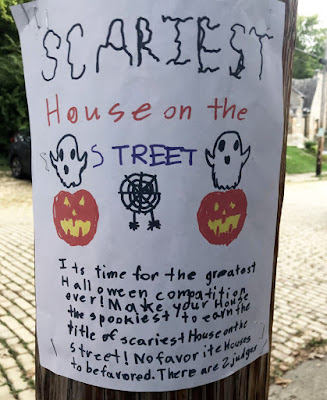 I think I've found a new rule to live by: No favorite houses to be favored.

Here's a look at our most recent comics. It's our sincere hope that these daily cartoon offerings provide a moment of relief or distraction from the avalanche of stressful events. 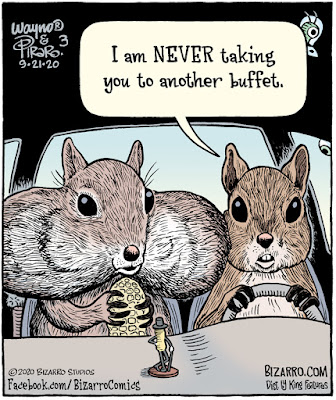 Note that these travelers are watched over by their chosen figure of worship, represented by a dashboard effigy. This explains why peanuts are part of their rites of communion. 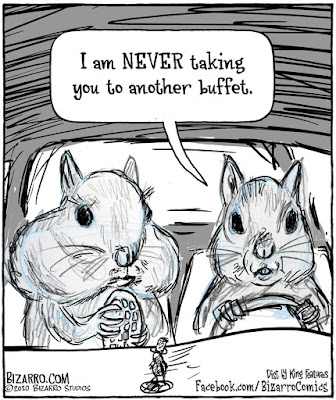 My first sketch was based on a photo of a squirrel stuffing its face. My partner/editor, Dan Piraro, suggested that the cheeks should be twice as big, crowding the driver’s space. That helped deliver the gag, although it involved more brushwork on my part.

Postscript: The squirrel gag inspired a wonderful response. The 5-year-old daughter of a Bizarro reader drew her own version of the characters, and added a second panel to the story. I'm pleased to share these works, with parental permission. 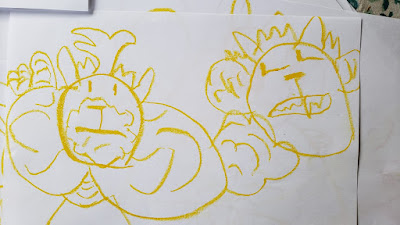 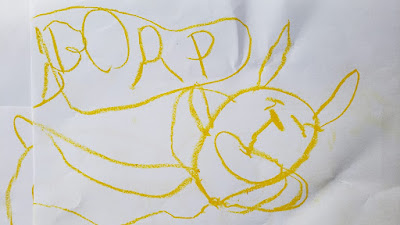 We now know that when squirrels are overstuffed, the sound they make is "BORP." 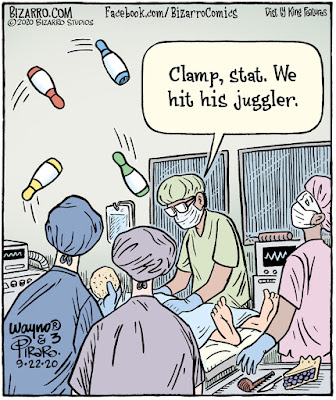 Creating the strip version was a little tricky, since the panel relies on vertical space, but we managed to reconfigure the image, albeit with a less dramatic spurt.
The text was inspired by a hilariously illiterate quote from a bigoted imbecile. His malapropism was reported in multiple publications, including one online rag sympathetic to his retrograde opinion, so I'm confident that it's exactly what he said. 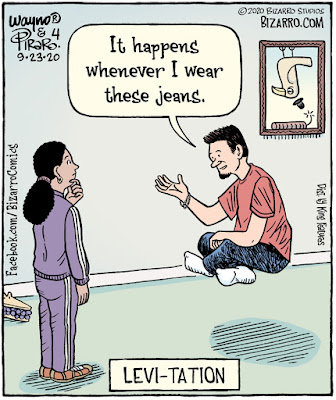 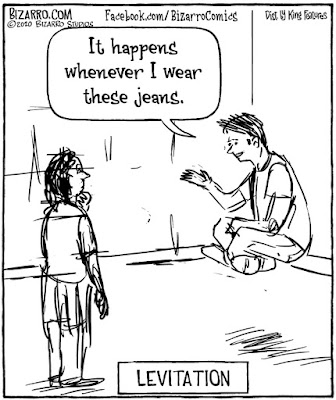 The final drawing is simply a cleaned-up version of the sketch. The hyphen in the caption is a subtle but crucial addition. 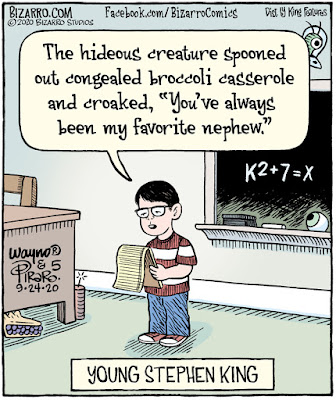 Horror comes in many flavors.
This should have run on Monday, which I just learned was King's birthday. 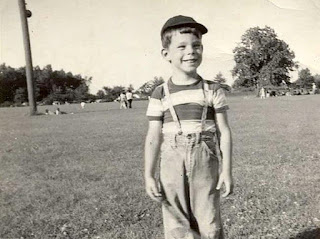 I enjoyed researching photos for the panel, and discovered some adorable pictures of the future novelist. 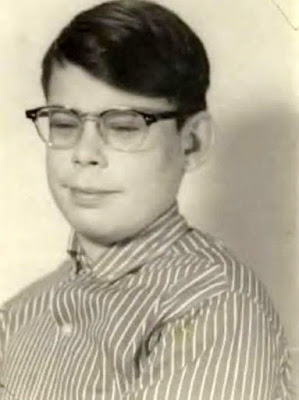 I combined elements of these two images for our Bizarro portrayal of little Stephen. 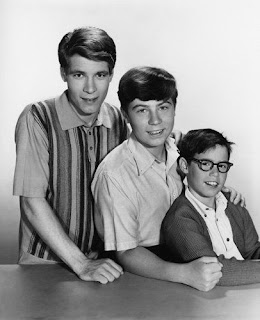 In a parallel dimension, King could have been cast in a 1960s sitcom. 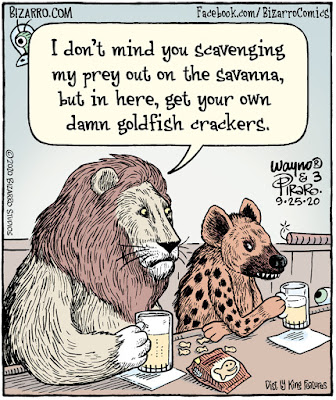 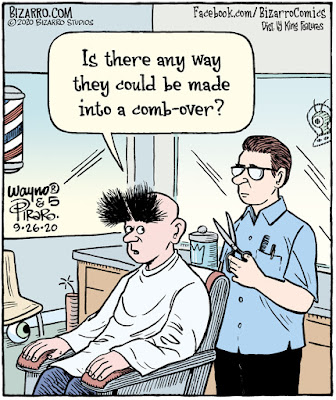 Sheltering in place has taught me that I can get by without a haircut for several months, but eyebrows are another matter.
Thanks for reading Bizarro, and for your thoughtful comments and emails. Be sure to visit Dan Piraro's blog for more discussion of recent cartoons and current events. While you're there, you can check out his newest Sunday Bizarro page, and read every episode of his surreal western graphic novel, Peyote Cowboy.
Bonus Track
Note: Some videos are not available outside the US

That eyebrow gag: there was a late 50s-early 60s comedian on TV that used it to good effect. As he said the line, 'so I let my eyebrows grow out and combed them back,' he made a hand gesture mimicking that hair growth pattern, and then got laughs later just with the hand motion. But who was it? The old memory cells cannot drag it up....

You showed admirable constraint by not pointing out that the photo of the bigoted imbecile was taken as he was being released from prison. Also, I love seeing yet another of your accurate portrayals of animals.

My Three Sons theme as a bonus track? Hilarious! I used to beg my parents to allow me to stay up late so I could watch it. (Late being 9:30 pm.) And what's really scary is the photo of Stephen King as a child looks not that much different than what he does today.

I’ve no idea, but would love to find out who that was! I loved those old comics who built a career on one gag. Those were the days!

Thanks. You know how much I enjoy doing my homework on the animal drawings.

I have this record of the My Three Sons theme in my personal collection. You might like it too.

=v= I'm from Pittsburgh and that brick street makes me homesick.

I am trying to get the replacement word for "favored". It's on the tip of my tongue but the best I can come up with is "preferred". Would you happen to be able to think of the word I am trying to place?

By the way-no, your cartoons ARE a buffet! Thank you! I think I am ready for another heaping helping...

Thanks for the kind words. They are much appreciated!

About the photo of the bigoted imbecile: I believe that it was his client Kim Davis (the county clerk who refused to issue marriage licenses to same-sex couples) who was released after serving five days in jail for contempt. That still doesn't make him less of a B.I.