It's been yet another wild week, with current events more outrageous than anything on the funny pages. I wouldn't know where to start commenting on recent news, and would probably be unable to stop, so instead, I'll go directly to a review of this week's cartoons. 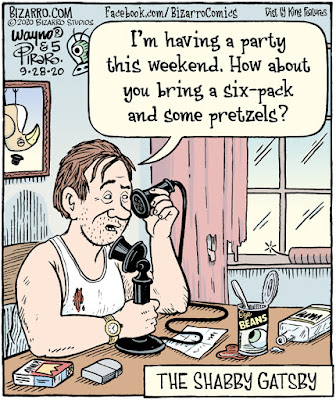 Vince has been doing an entertaining series of videos where he tries out various art materials and techniques. You can follow Vince on Twitter, too. 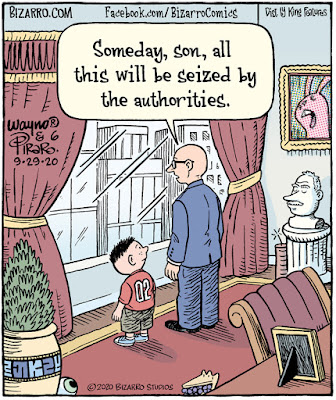 Tuesday's comic presented a variation on a common cartoon setup, and benefited from coincidental timing. It appeared the day after news broke regarding a certain political figure's federal tax history. 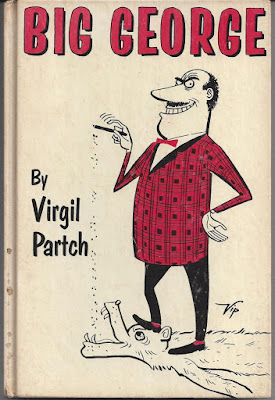 The sculpture shown in the lower right corner is Virgil Partch's comic character Big George. Partch was a prolific and hilarious cartoonist, and is hugely admired here at Bizarro Studios North. 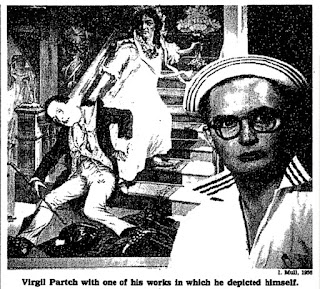 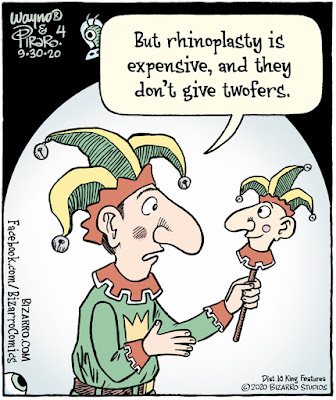 Can a jester have a successful career if his marotte no longer resembles him? 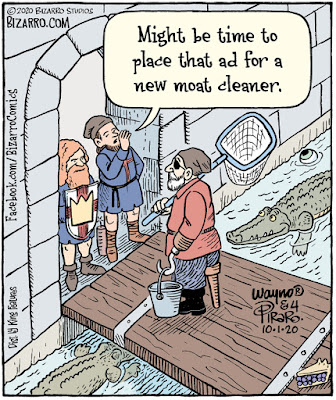 The castle's staff are betting on whether the job will open up due to retirement or attrition. 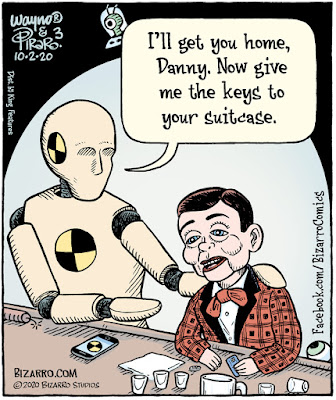 If a crash test dummy is your designated driver, you may have a problem. As usual, we put our favorite of the batch in the Friday slot. 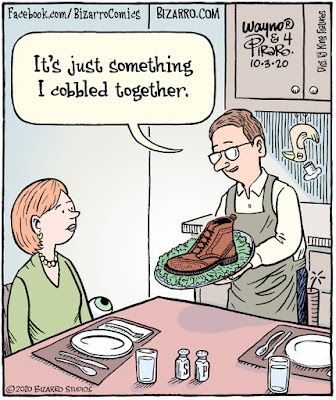 I like to imagine that shoemakers stopped calling themselves cobblers because of the word's other meaning.

Don't forget to visit Dan Piraro's blog for more shop talk, and to check out his newest Bizarro Sunday page.

Dan's online graphic novel, Peyote Cowboy, is really getting interesting now. You can read every episode for free, and if you'd like to help him keep doing it, you can support the project on Patreon.

That's all from BSN this week. Thanks, as always, for reading Bizarro, and for commenting and sharing.

Some YouTube videos may not be available outside the US