Saturday has rolled around again, marking the completion of another week in These Weird and Uncertain Times.

We're still sequestered in the offices of Bizarro Studios North, trying to get further ahead of our publication schedule. We've been a lot more productive of late, since we're not doing anything that involves leaving home base.

Of course, I realize that I'm extremely lucky to be able to continue working, and we're doing our best to support local businesses and help our neighbors as much as we can. Let's cross our fingers in the hope that, at the other side of "all this," society emerges with renewed empathy and charity.

Speaking of the job of cartooning, here's a look back at this week's gags. 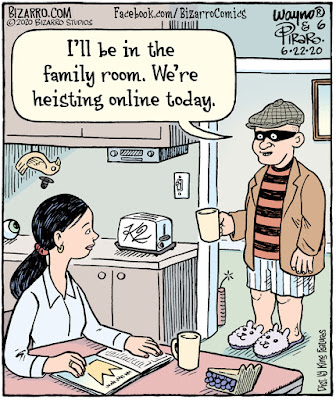 Another profession adapts to the pandemic. Mask are required, pants are optional. 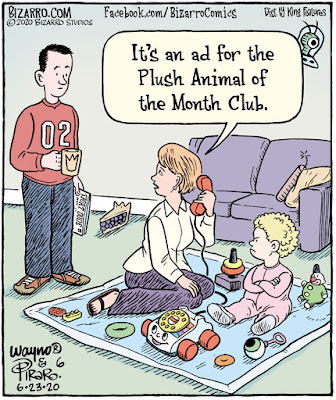 We were surprised to learn that Fisher-Price is still selling the "Chatter Telephone" pull toy, although they're now probably used to monitor the economic habits of toddlers. 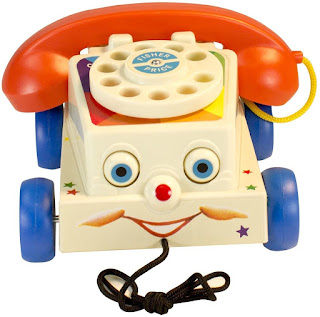 The face looks friendly, but those eyes never close... 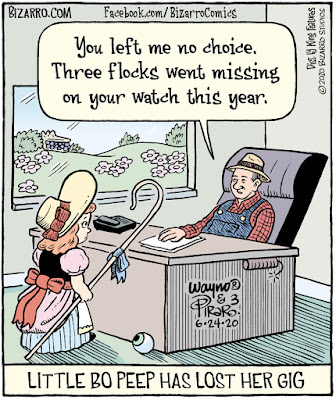 Old MacDonald had some complaints. 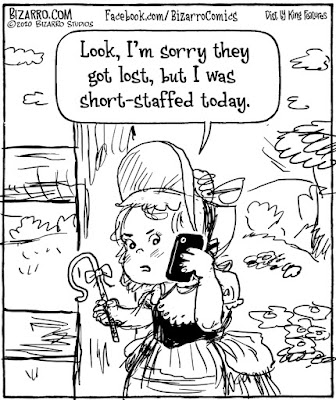 Above is a rejected preliminary gag using the familiar nursery rhyme character. We're not above punning here art Bizarro Studios, but this one failed to meet our minimum humor requirements. 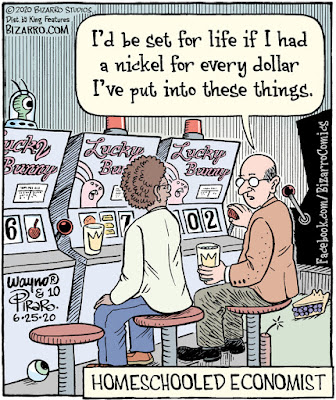 He's doing field research on statistics and supposedly-random numbers.
We received a couple of comments correctly pointing out that homeschooled kids do no worse than those attending traditional schools, and are equally successful at gaining admittance to universities. Our comic refers to economists--college graduates who usually hold advanced degrees. Instead of "homeschooled," we should have said something like "self-taught" or "intuitive." It's a lesson learned for us. 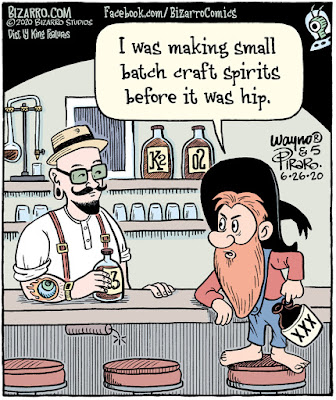 Friday's cartoon features two stereotypical characters with more in common that they care to admit. In addition to a fondness for boutique beverages, they both enjoy haberdashery, chin whiskers, and rustic garb.

The horizontal strip layout allowed me to have the connoisseurs facing each other at eye level. 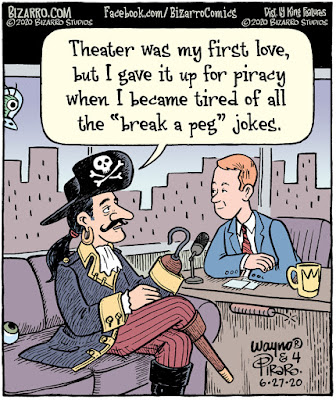 While kicking around ideas based on the phrase "break a leg," as an expression of good luck, we wondered if pirates might tell one another to break a peg. I'd considered just having a pirate saying that to a shipmate, but it seemed so simple, I figured someone must have used it in a comic already. I wasn't able to find a cartoon based on that line, but I still thought it was likely. Eventually, I hit on the idea of making the dialog about the soundalike line. The extra bit of conceptual distance felt like be a more satisfying approach direct substitution.

Plus, I enjoy drawing pirates.

My partner-in-humor, Dan Piraro, also offers a weekly review of my output, along with his latest panoramic Bizarro Sunday page. He also usually includes some thoughtful commentary, and this week's is especially resonant. Check out his blog, and tell him Wayno sent you.

Bonus Track
Inspired by the craft spirits cartoon, I had planned to close this post with "Whiskey, Do Your Stuff" by Louis Jordan and his Tympani Five. However, while browsing through YouTube, I found this 1974 performance of "There Ain't Nobody Here But Us Chickens," and decided to go with it instead.


Jordan is one of our all-time favorites here at BSN. He was a pioneer, and a hugely influential performer. Chuck Berry cited him as a major inspiration. He's sometimes referred to as "The Last Swinger, and the First Rocker," whose music was indeed a bridge between the old and the new from the 1930s up until his death in 1975 at age 66.
Here's a treasured item from the Bizarro Studios North archives, which we love for the music it contains, as well as the wonderful 1950s graphic design. 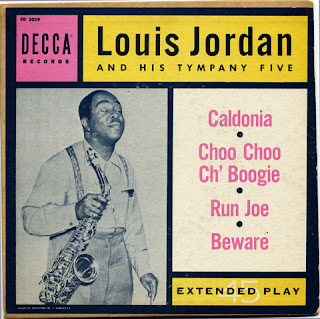 This French TV appearance was filmed within a year of his passing, but it shows that he never lost his musical chops. His music always makes me smile and marvel at his skills.

It may have been good to add the extra conceptual layer to the "break a peg" for the sake of putting your own spin on the joke, but, to be honest, when I first saw it today, it had me scratching my head at first, trying to figure out what theater has to do with breaking a leg.

Everything else here is great, as usual. And, I guess my humor standards are lower than yours, because I found the "short staff" pun to be quite amusing! Thanks for sharing.

"This French TV appearance was filmed within a year of his passing, but it shows that he never lost his musical chops"

Technically, I guess that could mean "either way," but it still makes me want to be buried with a saxophone, just in case.