A Biscuit, a Bell, and a Boom 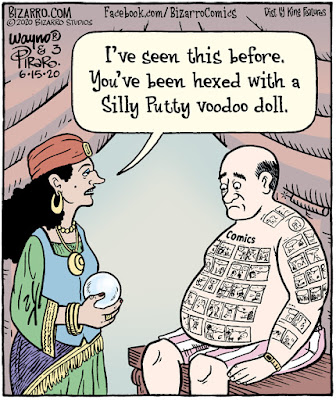 I once wrote a story outline for a long form comic about a voodoo doll made of Silly Putty. Fortunately, it never went beyond the preliminary stage, but the premise was enough to work a single panel gag.


“COMICS” should have been “SCIMOC”. (Everything is backwards with a silly putty copy. Other than that, great humor)

I guess some people just don't understand how magic works. 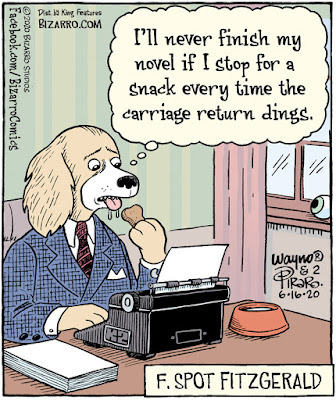 An all-American mutt working on the Great American Novel. 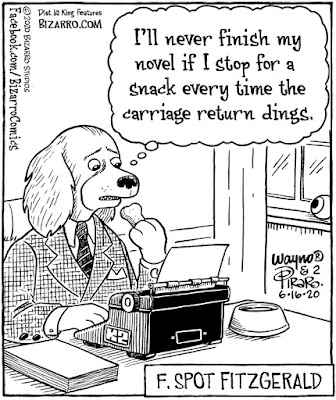 My original art showed F. Spot without the saliva. What was I thinking? One should never pass up the opportunity to draw a drooping, drooling tongue. 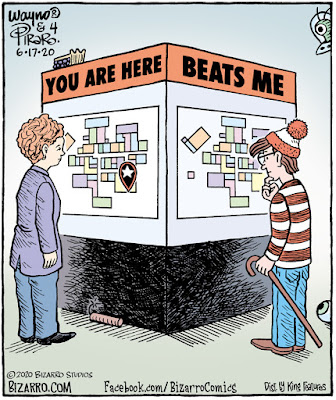 Wednesday found us back at the mall directory kiosk, a favorite cartoon setting. This time, the sign was confounded by a children's book character. 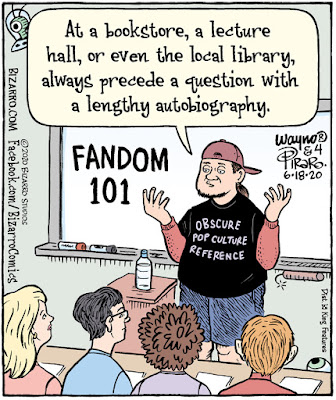 If you've ever attended a Q&A session, you'll understand this one. 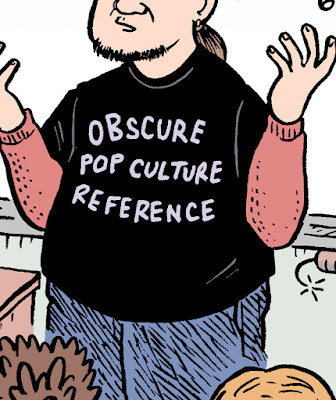 I'm considering selling this as a t-shirt. 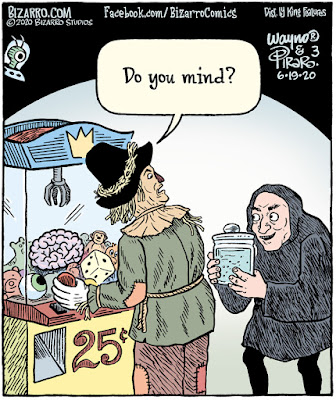 Two classic movie characters met in Friday's gag, which was set in the old Hollywood Arcade. I was pleased with the brief but indignant line of text. 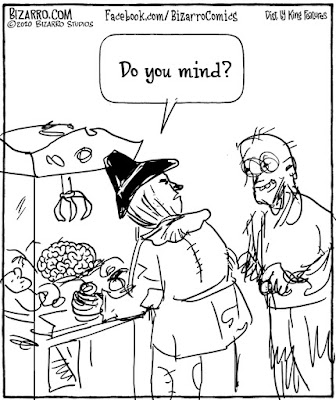 My first sketch showed the scarecrow being pestered by a hungry zombie. We liked the setting, and thought it would be better with Dr.Frankenstein's assistant eagerly elbowing his way to the claw machine. 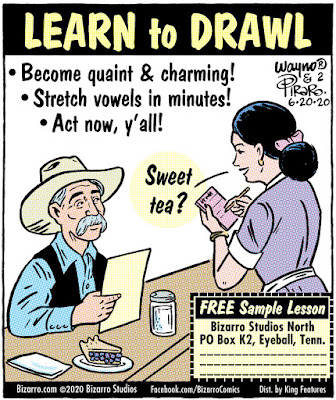 Saturday's panel probably looks better in print, and will achieve its best presentation if it's cut from the paper and allowed to oxidize for a decade or so. Here's how I imagine the alternate layout looking a few years from now.

Assembling this was enjoyable, since it was a little different from a normal Bizarro panel. 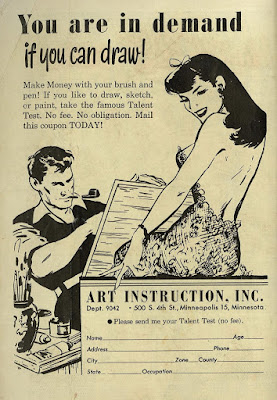 The layout was modeled after an old art instruction ad, and the customer was based on Sam Elliott's character in The Big Lebowski. 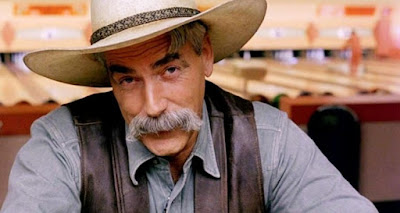 There was no compelling reason to use Elliott as a reference, other than an urge to draw that spectacular mustache.

If you can't get enough behind-the-scenes banter, drop by Dan Piraro's blog, where you can also check out his latest Bizarro Sunday page.


The aforementioned Big Lebowski, a favorite here at Bizarro Studios North, boasts a interesting and eclectic soundtrack. Instead of an original score, the film uses an wide-ranging selection of existing music to complement the action.

Bob Dylan, Captain Beefheart, Nina Simone, Esquivel, Elvis Costello, Debbie Reynolds, and Dean Martin are just a few of the artists whose recordings are included in the film, along with a some well-chosen classical selections.

It also includes this piece, "Traffic Boom," by the Piero Piccioni. "Traffic Boom" was originally recorded for the 1974 film All Screwed Up, directed by Lina Wertmüller.

Piccioni was a prolific film composer, whose credits include such cool 1960s classics as The Tenth Victim and Fumo di Londra.

Yes, please do that Obscure Pop Culture Reference t-shirt! I would happily buy one!

Mall directory kiosk (roped off at safe distance): "You are 6 feet from here"

that tshirt is good, with Bizarro symbols is great. Take my money!!

Thanks for linking to that Piccioni cut. I bet I've enjoyed a lot of his music without knowing who he was. Not every film composer gets the exposure they deserve, like a Henry Mancini.

Reading this weeks panels over on Dan's blog, I thought that looked an awful lot like Sam Elliott, so I had to drop by your blog to check. :) Nicely done, sir.

When I got to Saturday's panel in my newspaper, I was confused. The artwork was so reminiscent of those old comic book ads, I totally missed the Learn To Drawl title. Took me a minute, but I got a great laugh from it. Especially since I actually applied to one of those ads when I was a kid. (It is at this point I go into a lengthy autobiography.)

Can you do the shirt in not black?

Noting your fondness for playing on words and also for Bigfoot, the phrase that occurred to me is "abdominal snowman" but I don't have any ideas for turning that into a cartoon

"F. Spot Fitzgerald" could also be one of Pavlov's dogs.

That 10th Victim album cover is far out, man!

Agreed! The art is by Sam Norkin, a great cartoonist and caricaturist. That cover reminds me a little of Daniel Clowes.