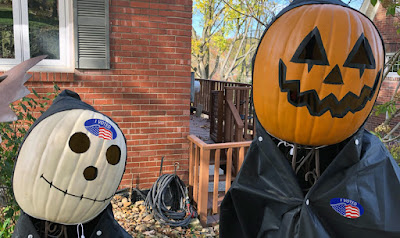 What a week it's been. We had a full moon on Halloween, a record election turnout, and a pathetic executive meltdown.

If that wasn't exciting enough, there was also a fresh batch of cartoons from the Bizarro Studios North Fun Factory. 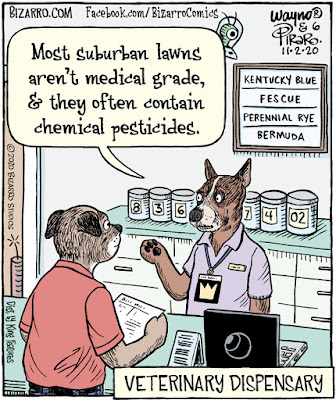 Lawns are okay for digging and defecating, but you should only consume the best. 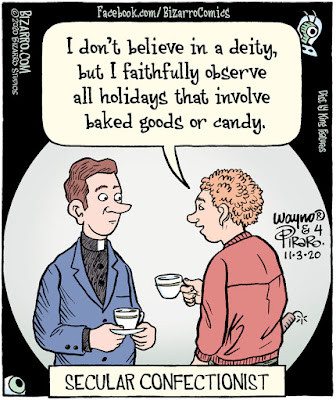 An exercise in autocomicography, although I'm more inclusive, and don't limit my celebrations to sweets. 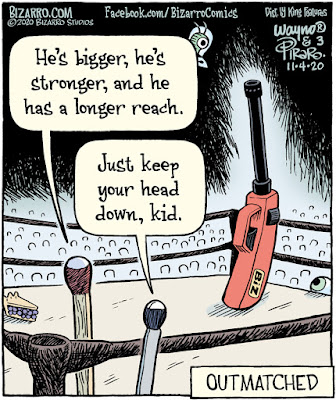 Wednesday's cartoon is a lighter variation on the folkloric hero, John Henry.

The strip layout provided a dramatic widescreen perspective on the bout. 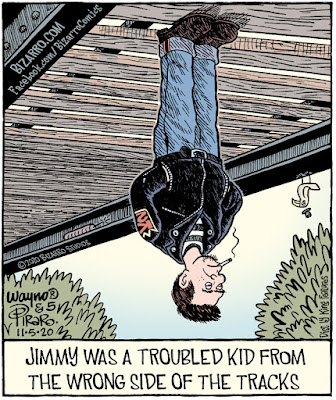 Jimmy's theme song was "I Fought the Law (of Gravity)"

I took advantage of the strip layout for this gag. Print readers had to rotate their newspaper by ninety degrees, but you can read it in its proper vertical orientation on this blog. While I can't vouch for the existence of the World Lemming Council, I know for a fact that the National Cartoonists Society is real, and I'm a proud member.

For the record, we're not going to stop doing gags about lemmings jumping off cliffs. We know it's a myth, but it serves as a useful metaphor for human behavior, including, apparently, a significant portion of the American voting public. 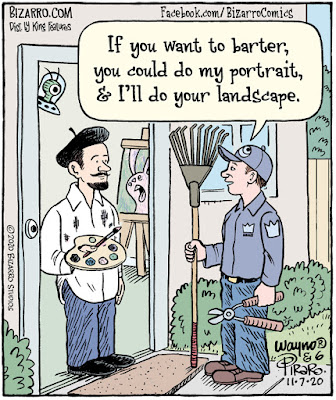 My mental image of an artist was formed by the original television art instructor, Jon Gnagy, so I'll probably always draw male artists with a goatee and mustache.
I don't recall him wearing a beret, but a cartoon about a painter requires one. 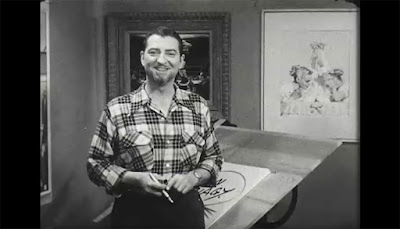 Gnagy's art lessons were broadcast by NBC well before my time, but I probably saw reruns as a child. 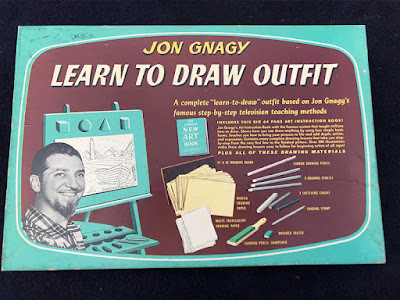 Imagine my disappointment when I discovered that this "Learn to Draw Outfit" did not in fact included a plaid flannel shirt and high-waisted tweed pants; just art supplies and a book.

Thanks for coming by the old blog, friends. Be sure to visit Dan Piraro's Bizarro blog, too. His Sunday pages are always worth the trip.

In times of uncertainty, stress, anxiety, or self-doubt, music can be comforting and reassuring. I often listen to Alice Coltrane's music while drawing, to encourage a calm mood and stay focused on the work.

Over the past couple of days, I've been returning to her records to remind myself to slow down and breathe.

My week isn’t complete without Wayno’s Blog. Really enjoy your work and humor. Thanks always. ������

Thanks so much. Your kind words and readership are much appreciated.

My guru says karma will be kind to Trump after he passes in 2030. He said Trump will reincarnate as pay toilets in all his shithole countries.

For some reason, I felt that your comics were above average this week (well, they are always above average--they are great--but just right for this week.

I think we are all feeling a huge sense of relief. Thank you for your excellent work.

Thanks for the link to the story behind the lemming myth. I’m glad I tapped before weighing in on my memory of the Disney “Untrue Life Adventure.” I’d heard about a tractor shovel “herding” lemmings over the cliff but not the full story. Disney toned down the gore in fairy tales but hyped up the tooth-and-claw in nature.

My wife and I enjoy your strip, and often have to help each other find the last secret symbol. I also enjoy both blogs (Dan's and Wayno's) for some more insight into each day's gem, and another chuckle.

Alice Coltrane is perfect listening during this transition that the US is in. Thanks!

I think Stefan Pastis is the worst offender for perpetuating the lemming myth, although I understand it all started with some film editor at Disney, putting together one of his "True Life Adventures". Sort of a case of "wag the dog" -- or in this case, plunge the lemming.

And thank you for the ear-worm: because of the Jimmy cartoon, I now have the Bobby Fuller Four playing in my head ...

I don't know what was going on when you created this week's cartoons, days or months ago. But this week was super hilarious! So many clever uses of words and art space! Thank you!

Thank you! Perhaps in such a chaotic week, we needed humor a bit more than usual.

Just today, a Facebook music group I follow introduced me to a contemporary artist named Ana Roxanne. Her music felt right in a similar way.

Yes, humans are much more self-destructive than lemmings. But, we cartoonists will always employ myths, legends, fiction, fact, and whatever else we have at hand to make a joke, or a point.

I guess you could do worse than having Bobby Fuller in your head for a while!

Thanks so much! I love hearing that you help each other search for the symbols. Sometimes I manage to hide one from myself!