It's been an exciting week at Bizarro Studios North. We harvested our first batch of asparagus beans from the miniature garden on the deck, and found them to be delicious. 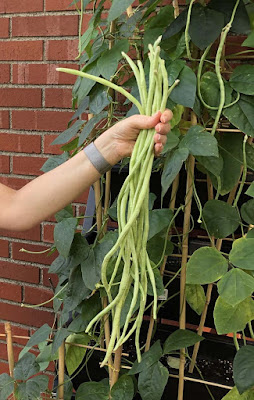 Also, we learned that the National Cartoonists Society's Reuben Awards will be presented as a virtual event on Saturday, September 12. The annual gathering was originally scheduled to take place in Kansas City in June, but it of course had to be cancelled. 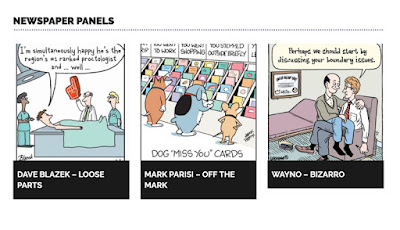 I'm excited to have been nominated for this year's award for newspaper panels, along with my friends and colleagues Dave Blazek and Mark Parisi. Both Dave and Mark are killer cartoonists, and it's an honor to be nominated with them. Had the weekend taken place as scheduled, you'd be seeing multiple gag photos of the three of us.

While we await the voting results, we all continue our daily work of making more cartoons. Here's the latest output from BSN. 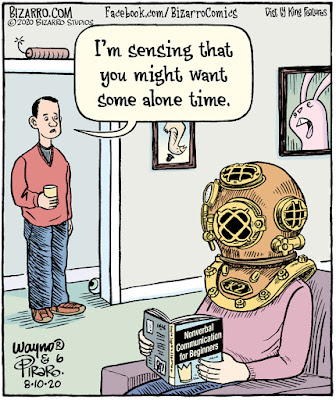 An old-school diving helmet just might the ultimate accessory for self-isolation.

My drawing process often includes researching reference photos. For this one, I figured I could go to the record shelf and look at XTC's Black Sea album cover. 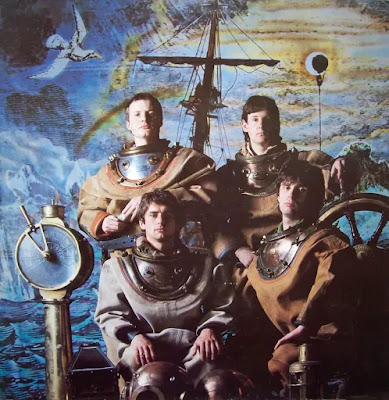 I was certain that a couple of the band members were holding helmets in the cover photo, and was shocked to see that the helmets were mostly out of frame. I'd also forgotten that elements of the backdrop cleverly spelled out the band's name.

Although I had to do a web search for a photo of a diving helmet, I enjoyed revisiting a great album by a favorite band. 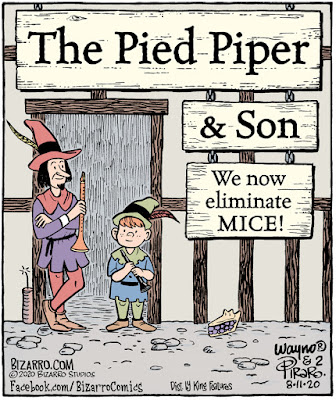 When the next offspring appears, the firm will expand into cockroach extermination. Familiar folk tales often inspire cartoonists, and we've referred to this one in the past, both as Bizarro and WaynoVision panels. 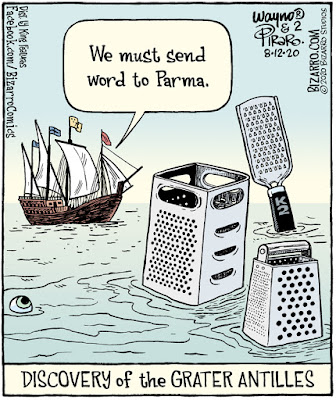 This was the most popular gag of the week, and the second one with nautical elements. I considered running it on Friday, where I usually slot the strongest panel in the batch.

Incidentally, the Grater Antilles are at the same latitude as the Breadcrumb Islands. 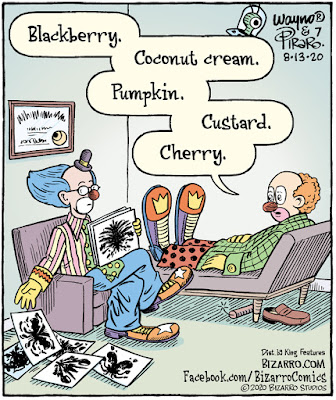 The patient works as a three-ring crime scene investigator. 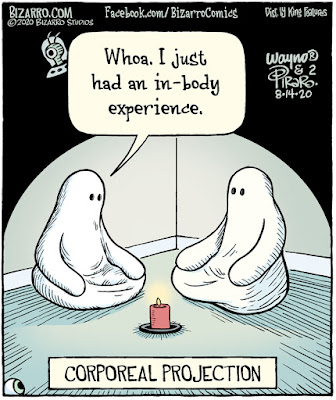 The sheet is but a transitory vessel. 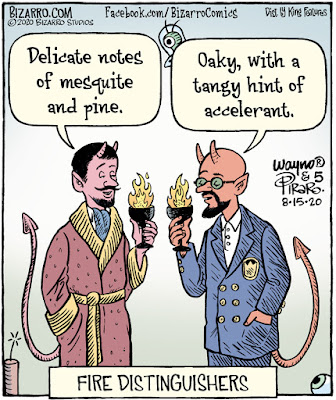 We ended the week with a pair of pretentious flame snobs. Now I recall that I moved the grater gag to Wednesday so we wouldn't have consecutive puns as captions.

Thanks, as always, for reading the comic, and for your emails and comments. It's gratifying to know that some readers also follow the blog.

XTC released this seafaring number as a single in March of 1980, a few months before the Black Sea LP.

The punning twosome were quite clever.

Congrats on the nomination!

Congratulations on the nomination! It is very well deserved! On a side note, are you familiar with musician Ben Vaughn and his syndicated weekly radio program "The Many Moods of Ben Vaughn", on which he plays selections from his extremely extensive record collection? As a fellow musician and music fan, you might enjoy that if you are not familiar. Available as a podcast if it's not on the radio near you. I hope you win!

Congratulations on the nomination. The recognition is well deserved. I wonder what it would look like if the three of you were given the same prompt to create a panel. How interesting that might be.

Huge congratulations on the nomination!

Many thanks for the encouragement.

Oh, yes! I love Ben’s music and his radio show is a regular part of my workday!

In my previous band, our sets regularly included Ben’s songs, “A Good Woman is Hard to Find,” and “She’s a Real Scream.” Back in 1994, I did a comic adaptation of “Trashpickin.”

Thanks for mentioning him. Bizarro readers have impeccable taste!

Thanks for the kind words.

That would be a great idea for a live panel event! Three cartoonists have 15 minutes to create a gag from the same prompt. Maybe we can make that happen someday.

I'm glad to hear (and not surprised) that you know and like Ben Vaughn. He performs in or near Philly usually at least once a year. His show that was supposed to happen this past May has been rescheduled for May 15, 2021 at World Cafe Live, in case you want to take a trip to this part of the state (assuming live shows that aren't just drive-in actually resume. I sure hope so!)

I like Philly a lot, and might come out for that show, if things are safe by then. I haven’t seen Ben perform live for an embarrassingly long time.

Wayno -
Your work is awesome! Keep on making me laugh and think! And congrats on your nomination!